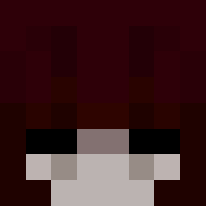 choochoo500
18 days ago
Hmst've (Fun fact: the Roman Emperor Nero did NOT play the fiddle whilst Rome burned. The fiddle wouldn't exist for quite some time)

2 days ago
Advertise the server!

As Cobwebster has mentioned  on the discord and Brandon have kind of mentioned that they will start advertising after creative is out, "because we don't wanna throw people at a network that isn't as good as it could be." ~Cob.

Anyways it shouldn't be too long for that as Cob also mentioned that they may open beta testing for Creative on the weekend.

2 days ago
Pizza or Burgers?

3 days ago
What’s your favorite hobby?

18 days ago
What's your favourite music?

I do like P!ATD a lot as well, I've seen them live twice, was pretty good. Also seen The Darkness live.

18 days ago
False Ban for XRay.

For xray you don't even need a client, it could just be a texture pack.
Just thought to mention that.

There are no staff members online.
Total online staff: 0