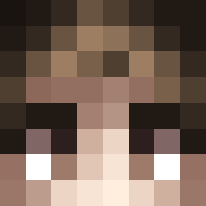 UPDATE TO EVERYONE:
Taxes were added basically killing everything money-related. Brandon's getting taxed $5,000,000 a day as of 2/22/20. Oh, and the selling price of sugar cane and emerald were nerfed heavily (80%, I think?) and we're all gonna be poor now. :D

Let me brag about the obvious, I have money.

Encase anyone missed it - Will (Formally known as Cobwebster) held a brief beta test of the "new" Creative Roleplay. I can't say much, as well... I wasn't able to play due to high ping issues but from what I managed to see, it looked the same. It had the same spawn and design.

1 day ago
The Opening of Choo's Repurposing Company

The Opening of Choo's Repurposing Company

Heya, I moved this to the Survival forum. This is a really cool concept! Will you be selling the items?

Should items be sold, would the profits made go back into the community, like for new players?

So, there I was, typing up a forums post about how "Maptool is gone!" Then, Cob responded, saying that he merely disabled it. He then re-enabled it. I was putting up paintings in my home, and I was testing the plugin around. I then reached a "limit" of 150 maps. I didn't put up 150 maps. I did some research, and apparently, the entire Survival server has a limit of a meager 150. We use way more than 150. We can't use maps now, by the way, due to this limit. Is there a way to increase the limit, or are we stuck with 150? They don't seem to lag the server, if that's what the limit is for.

They've likely put that limit in place to see if it fixes other issues their having.