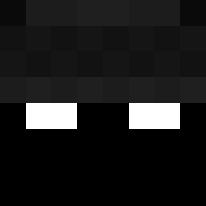 I think the player warps with staff approval would be a great idea.

If you friend steals from you and staff gets involved. than he gives back everything?

Shouldnt he/she get punished? I was involved in this and staff said "He has no reason to be punished"! but i believe and a couple others (Not gonna name names) believe that the friend of yours should recieve at least some punishment. And im not talking about a "Warning" because with warnings people forget completly or either COMPLETLY IGNORE IT!

It depends on the situation. If staff can just get it off him and give it back to you, then there will not be an infraction. However if he is making it difficult such as stealing and storing, then an infraction will be necessary.

Get tons of XP fast at my public XP grinder

I want to make a big grinder room for people to use and possibly a place where there is a dispenser on a clock so people can get things like iron and other stuff.

18 hours ago
Something Unique About You!

Something Unique About You!

I have a rare blood group so most doctors don't know what it is.

18 hours ago
Giving away money with SnowiestGorilla

Giving away money with SnowiestGorilla

Why must you give money to players?

Because it's fun and a nice thing to do :)

There are no staff members online.
Total online staff: 0